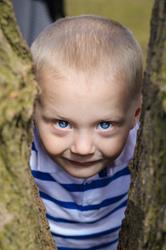 Wyatt is currently in the hospital being treated for Leukemia. He is just four years old, but he has learned at this early age to never give up! His family is his reason to fight BUT his favorite superhero is Batman because he beats LOTS of bad guys!! Wyatt wants to be just like Batman and have a cool utility belt, but he would be called Bat Boy! He would love to catch as many bad guys as batman! Wyatt loves video games, singing and just plain playing with toys! Keep up the fight Wyatt! We are behind you 110%!!