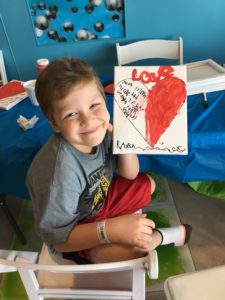 CCN’s February 27th Run to Fight Cancer Hero is Raiden!
Raiden is a very healthy, happy child so when his parents learned that he has cancer it was a complete shock. Their world was flipped upside down. He was diagnosed with LCH which is a rare cancer that begins in the LCH cells. Through all of this his mom is his superhero along with Iron Man. He would like to have Iron Man sitting next to him during treatment so that he could talk to him to ignore the pain. Mom is a superhero because she has been through everything with Raiden and has been with him the entire time as he battles cancer. Raiden would love to have the super power of healing. He would like to tell others who have been diagnosed with cancer to look away from the needle, ignore the pain, and be a trooper. To learn more information about the Run to Fight Children’s Cancer go to runtofightcancer.com