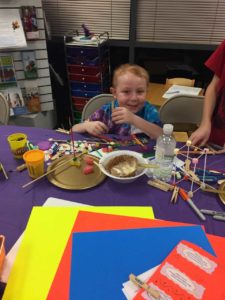 CCN’s February 11th Run to Fight Cancer Hero is Landon!
The superhero powers that Landon would like to be able to have is to be invisible. Using them he would sneak up on everyone and scare them! He would also like to run as fast as The Flash. Landon has been diagnosed with Acute Lymphoblastic Leukemia (ALL). He was diagnosed in September of 2017 after going to the doctor for sudden unexplained bruising. He was admitted and began chemo within 3 days. Landon is doing well so far. His cancer has made him mad but he is determined to beat cancer and go back to school! Someday Landon would like to become a fireman and a policeman because he loves all the lights on their vehicles and thinks they are “super cool!” He thinks these jobs helps to make the world a better place. Brandon’s words to other survivors are “Be Strong!”  To find out more about the Run to Fight Children’s Cancer go to runtofightcancer.com